Abscisse is an installation by the artist duo Bots Conspiracy. This responsive installation produces holographic visuals from information captured on a member of the public using an electroencephalogram.

This allows to illustrate alpha rhythms and brain synchronisation as the participant enters a state of calm and meditation. 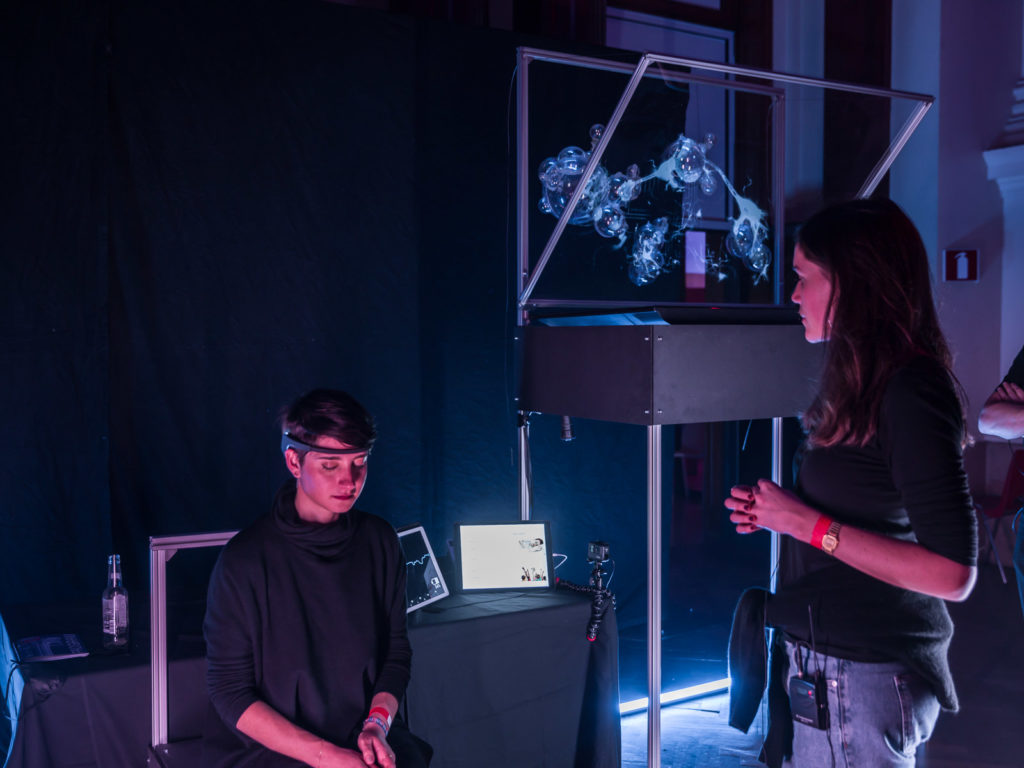 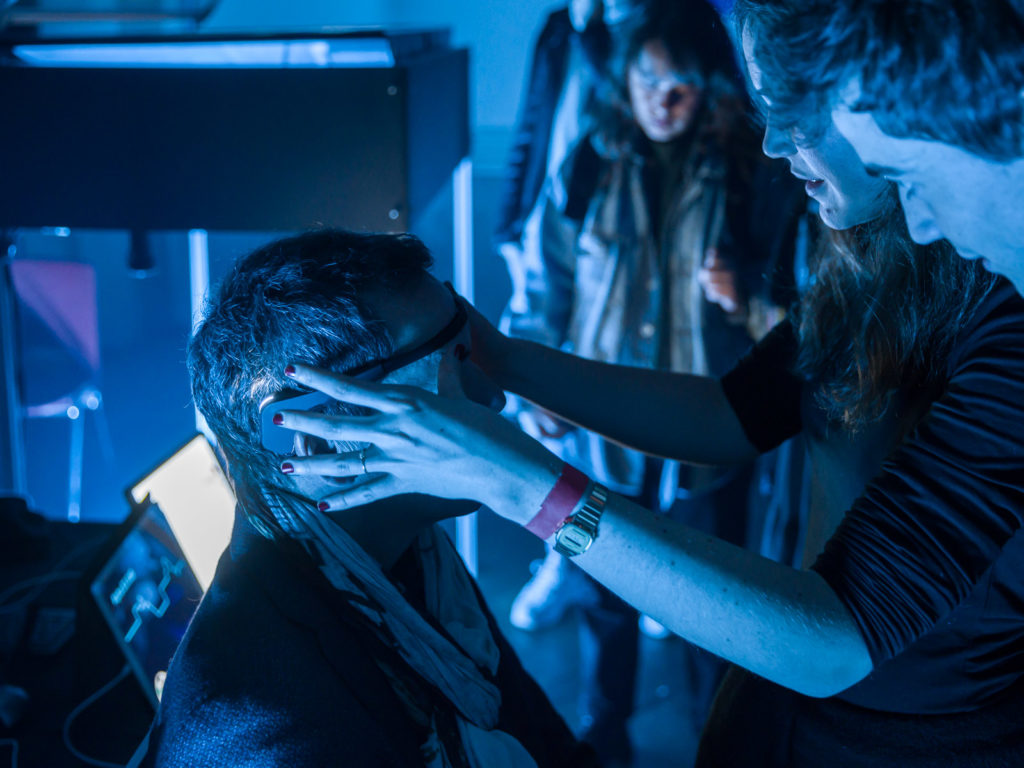 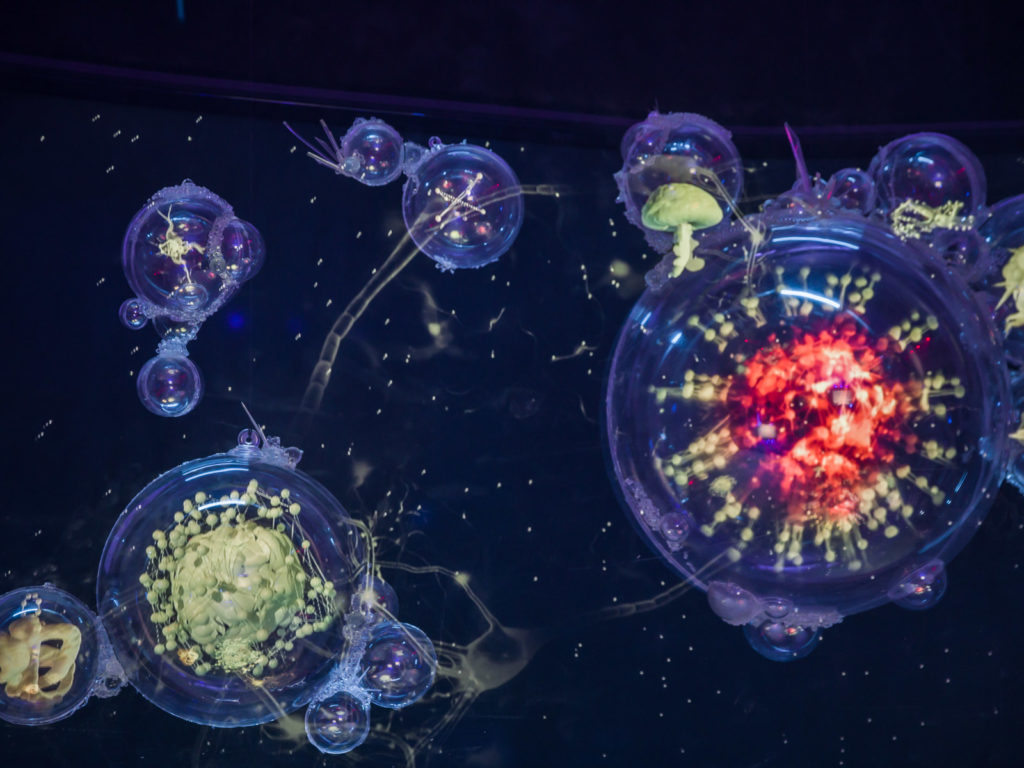 Our brain is subject to a constant electrical activity, coming from the thousands of neurons that compose it. The activation of each neuron generates a localised individual electrical potential. When they operate in sync, the sum of these potentials causes a measurable electrical potential on the surface of the skull, which can be measured through electrodes. This is what we call electroencephalography (EEG).

When performing a task, an exercise, or even when sleeping, the neuronal population tends to synchronise, which means they generate an electrical activity at certain frequencies. On the EEG, this results in a cyclic signal that then represents our brain rhythms, commonly called brain waves.

These brain waves are each characterised by their own frequency band, corresponding to different levels of awakening, sleep and activity. These are named after Greek letters: alpha waves, beta, gamma, … Abscisse highlights the alpha cerebral rhythms (located between 8.5 Hz and 12 Hz), which characterise a state of appeased consciousness, and which are namely generated when you close your eyes.

Here, the synchronisation of a population of neurons is artistically represented when alpha pulses are detected on the participant using an electroencephalogram. In order to favour the appearance of these rhythms, the subject is invited to close the eyes and to slowly dive into a state of meditation.